Coronavirus and what to expect at these unprecedented times Read More

Lounge Letting are dedicated to ensure that our Landlords and Tenants experience excellent service at all times and the following measures are being taken at this unprecedented time in order to ensure continuity:

Our offices are currently closed until the restrictions have been lifted however, we are easily contacted by email or by phone (mobile signal may be poor so either text or leave a message and your call will be returned).
Only essential maintenance is currently being undertaken however you should still report any maintenance issues and we will do our best to make sure it is dealt with as soon as possible.
Gas Certificates are essential and you must allow our engineer access to carry out this work.

If essential maintenance is required tenants must follow Government Guidelines on distancing and if you are suffering symptoms you must inform the engineer prior to his visit so that alternative arrangements will be made.
!. Open the door to the engineer and retire to a separate room.
2. Do not approach the engineer during his visit
3. After his visit sanitize with an approved sanitizer all surfaces that the engineer has been in contact with including door handles and light switches then wash your hands.

Viewings of occupied properties cannot be undertaken at this time.

Stay safe and we look forward to seeing you once this crisis has passed. 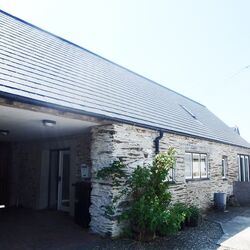 
There is a long history of human activity in the Machynlleth area. There is evidence from the Early Bronze Age 2750 years ago and the Romans built a fort at Pennal. Machynlleth is mentioned in the Royal Charter of 1291 granting the right to hold a market every Wednesday and 700 years later the market remains a busy street market held throughout the year.
In 1404, Owain Glydwr was crowned Prince of Wales in Machynlleth near the Parliament House, which is one of three mediaeval houses in the town.

Machynlleth has excellent transport link via the mainline railway which links the Midlands to Aberystwyth and the Cambrian Coast.

Tourism is a primary employment sector in the area. Several mountain biking trails are in the area and walking is a popular pastime. The visitor centre at the Centre for Alternative Technology is a popular draw for people from all over the developed world. Agriculture also continues to play a significant part in the local economy.

This well presented renovated and converted listed building enjoys a wealth of original features and oozes period charm.
The property can be let as either part or unfurnished and briefly features the following accommodation:

This is a non-Smoking Building

Your request has been sent. Thank you.